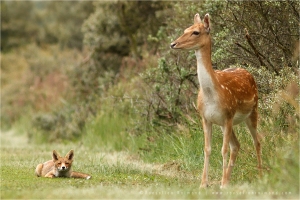 I was laying in bed the other morning -manic- and I couldn’t get up. Crippled with a stream of negative thoughts that clouded my usually positive outlook, I just kept laying there, miserable. The Fox Trails just turned 1 and after promoting the book for an entire year, I’m finally realizing that it has a bunch of mistakes in it. And I’m not just talking about the many questionable choices I made during the course of the adventure, I’m also referring to missing words, a few grammatical mishaps, and a horrible font. I just sold a ton of books too so these errors are on my mind now.

I imagine the reader’s judgements; they terrify me. However, not one person has come to me after reading the book to give me a harsh review.  Still though, I was laying there in my bed, stressed out and worried that these errors might prevent people from seeing the beauty behind the imperfections. I was scared that the mistakes might stand out more than the truth within.

I wanted to share this vulnerability with you; I think there’s a parallel here and a metaphor for relationships. When I judge someone on their issues or their imperfections, I build a wall between us. I’ve found that when I have the courage to push passed my fears and to knock that wall down (or at least see through it), something beautiful waits for me on the other side. It’s like me looking for the perfect woman (perfect woman you say?)…if I don’t have compassion and understanding to see through what I perceive to be flaws, I won’t have relationship; I’ll be constantly searching for what’s ‘out there’ rather than engaging with what’s right here.

This doesn’t mean that we have to settle for something subpar or squint our eyes to see the potential of a situation -we can engage fully with what is, right now. To get beyond our egoic mind and our judgements, to break down the walls we build, to see through the scariness, without this approach, how many enjoyable books and beautiful people will we dismiss prematurely?

I have the gift (and the curse) of being able to share deeply without much preparation, whether that be a public presentation or some improvised music for an audience, even publishing a book. I’m honored to share that with you as a part of my process and I hope it’s encouraging… throw it out there, make some mistakes, take a chance and be real, be vulnerable, be adventurous. In the next post, I’ll be discussing the idea of Animal Guides (spirit animals) and the gifts they bring us. Until then…

P.S. I’m currently revising The Fox Trails book 1 and I’ll be releasing an updated version with a fresh font and a thorough polish. I have a number of speaking engagements on the calendar this summer at local libraries and such. I’ll be giving readings and book signings with live music and a photographic tour of my bicycle trips.

This is about love, and the journey home…

My time in the South is nearly over again and I’m preparing to say another bittersweet farewell. The weather is exceptional, quite the contrast to where I’m going. I can hear the birds sing as I write this. I migrated to Georgia in the fall to work on book 2 of The Fox Trails trilogy, and to study as well. I did much of both, and some amazing things have happened in the last two months. A stranger at the Salvation Army gave me a bicycle. He planned to give it to the store but donated it to me instead. I’ve rode it all around the outskirts of Atlanta and made countless ten-mile white-knuckle trips to the library. The roads here aren’t meant for biking though. Traffic is relentless and unforgiving; no where else in the country have I felt so endangered on two wheels. Biking is a huge part of my life -a true love- and it seems like maybe this place wasn’t meant for a guy like me.

You can’t easily put a lady on the back of a bike and women do tend to like a man with more money than I care to carry. I have found romance in my travels across the country on bicycle, but it’s always been short-lived and a thing of the moment. I’m just passing through, lets have some fun. I’m appealing as a wanderer; there’s no risk of attachment. I bring charisma, a wealth of experience, and the entertainment of song and story. Love and I are no strangers, but that level of trust and appreciation takes time to develop and I haven’t been still long enough to have a depth in relationship like that for many years. You might say that I sacrificed my chance to have deep romantic love when I chose a nomadic lifestyle. Maybe that kind of love wasn’t meant for a guy like me.

A funny thing happened here around the time I was gifted that bicycle. I met a woman who doesn’t much seem to mind that I don’t drive a car, and she isn’t worried about my lack of savings for the future or the little money I have now. She has her own, with a grown-up job and a condo in the city. She read my book and became intrigued with the message. I came into her life at a time when she hoped to speak her heart and to live courageously, following her dreams in the moment. And she came into mine at a time of feeling greatly misunderstood and lonely, wishing to live healthy and to expand my connection with the inner and outer energies. Of course she happened to be practicing yoga and meditation. I knew that my stay in Georgia would most likely be a temporary one and I laid those cards on the table right away. We decided to dive deep though and developed a wonderful spiritual connection; the kind of connection that makes a guy like me think about the future and maybe hanging around.

At a certain age, we’ll say around 25…most women have a robotic instinct that takes over and a voice in their head starts to say something like, “Must marry, have babies.” I guess that’s normal, the drive to procreate and fashion a nest. There’s outside pressure too, from society’s idea of success and from family of course. Every mother wants her kids to find love, get married, and make her some grandchildren. My mother especially; she might adopt a grandchild soon. People say that I’m so lucky to have these experiences (some people also say I’m stupid), traveling freely and living spontaneously. Well, a little dumb luck, yes maybe, but I haven’t had children! I’ve been extremely careful about this, and that freedom has allowed me to wander in the ways of my choosing. To settle down and have a cute little baby and to share the gift of bringing life into the world would make mama proud, no doubt. I love my mom, but the path of the heart births a life of its own; that life always seems to take me away from her. It breaks me up a little each time it happens, but this is the only life for me right now.

In January last year, I left the South after writing the lion’s share of my book and I returned home briefly. That’s when I first heard the call of the drum. I was invited for a trial stay at the Teaching Drum Outdoor School to work in editing and promotions with the author Tamarack Song. It became so much more than that though. To live intentionally, with a tribe of conscious people connected with nature in a healing environment…that was life changing for me. There were so many challenges, but it was enriching and I developed skills that would prove important down the road. Feeling the calling to pursue personal dreams, I departed on short notice with the snow melt and I left much unlearned there. However, I was able to publish my book and cross the country on a bicycle, surviving in the wilderness with my newly acquired skills. It was the adventure of a lifetime. What a year!

So here I am, down South; I’ve been writing about these experiences. I thought my adventure was finished in San Francisco (that the book series would end there), and that I might be ready to settle down and do the writing while starting a more normal life with contributions to family and society. However, I know that my journey has to come full circle now, to show me where I’ve been from a new vantage point. Finding a spiritual connection with a woman who understands and appreciates me has been an eye-opening experience. It’s definitely had me imagining life in Georgia, long-term. This encounter almost seems like fate, or a manifestation of intent (whatever you wanna call it). This time in the South has definitely shown me what I want, and what I don’t want. Atlanta has millions of people spread out over a gigantic metropolitan area and the city is rapidly expanding with busy roads and noisy chaos. I miss the quiet of nature and clean water; I want community. I love those things. For these reasons, I’ve decided to return to the Northwoods of Wisconsin and the community life at the Teaching Drum Outdoor School. Travel plans are still up in the air, but I’ll be arriving at the end of the month, right around my one-year anniversary.

Love is fascinating. To this wonderful woman I speak of, I am forever grateful that we explored life together and shared so deeply, even with the knowledge of my impending departure. It was never clingy or possessive. We could’ve saw our time together as if it was ticking off the clock, but we chose to experience its unfolding and we watched it blossom around us. We could’ve saw our relationship as a beautiful bouquet of flowers that would one day wither and wilt, just to be tossed in the trash, but we saw a fertile garden, and we planted seeds there and nourished them. May they flourish and be admired by those with loving eyes, and a vision with no end. Happy trails are paths that cross in the heart of adventure. Walk them attuned, with courage and enthusiasm.